Some of China’s largest banks are offering a lower interest rate on long-term deposits compared with short-term as a dearth of quality lending opportunities points to a sustained slowdown in the engine of global economic growth. China’s top four state lenders, led by the Industrial and Commercial Bank of China, […]

Some of China’s largest banks are offering a lower interest rate on long-term deposits compared with short-term as a dearth of quality lending opportunities points to a sustained slowdown in the engine of global economic growth.

China’s top four state lenders, led by the Industrial and Commercial Bank of China, in June started setting the interest rate for three-year deposits up to 40 basis points higher than those for five-year deposits. Several other national lenders, including China Merchants Bank, have put the rates at the same level.

Savers normally get more interest the longer they tie up their money. An inverted yield curve is a closely watched signal of recession risk in Treasury markets.

While the yield curve on Chinese government debt is normal, officials said the inversion of saving rates indicated that savers in the country had a poor long term outlook. “We are ready for the Chinese economy to continue cooling off in the coming years,” said a senior official at one of the country’s big four banks.

The inversion in savings rates followed a surge in bank deposits as Chinese savers raced to find a haven for their assets and an economic downturn weighed on personal spending. China’s economy narrowly escaped a contraction in the second quarter, expanding 0.4 per cent year on year in the three months to the end of June.

Official data showed new household deposits grew more than a third year on year to a record Rmb10.3tn ($1.5tn) in the first half of 2022, while individual bank borrowings plunged more than half over the same period.

Turmoil in China’s property market and the slow recovery of infrastructure construction have dented demand for long-term loans that are supposed to be matched by deposits of similar duration.

Long-term real estate development loans fell by a quarter in the first half of 2022 from a year ago after a wave of property companies, led by industry champions including Evergrande, defaulted on debt payments. Home sales have barely recovered from a government crackdown on housing speculation.

Infrastructure buildout, another significant source of long-term credit, is also lagging as debt-laden local governments, the main backer of roads and bridges, struggle to raise capital.

“The era of cut-throat competition for deposits is gone,” said another official at one of the big state lenders. “Our top priority is how to lend the money out without incurring a pile of bad debt.”

ICBC, the nation’s largest bank by assets, is paying an annual 3.15 per cent yield for three-year deposits and 2.75 per cent for five years. 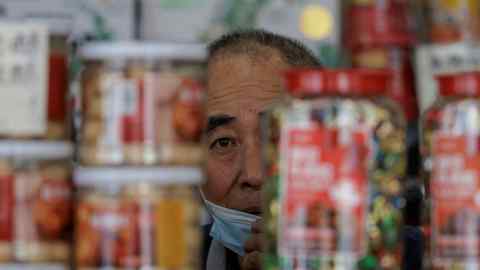 As the yield curve inversion points towards a further economic slowdown in the coming years, some analysts expect Beijing to relax credit controls in an effort to reverse the trend.

Ming Ming, an economist at Citic Securities, said the anomaly may disappear as China’s central bank implements more stimulus measures, such as cuts in reserve requirements.

But a Beijing-based senior economist at one of the big four banks said the inversion could carry on, with Beijing’s zero-Covid policy and sustained housing market turmoil undermining the post-lockdown economic recovery.

“It will take a long time to rebuild trust in the Chinese economy,” the economist said.

Mon Jul 25 , 2022
DUBAI, UAE , July 25, 2022 (GLOBE NEWSWIRE) — Carbon Trope is a start-up CaaS (Crypto as a Service) project. The move is part of Vendetta’s broader roadmap for strategic investments in the crypto incubator space.  Carbon Trope is a company simplifying the crypto adoption process by providing the industry […]